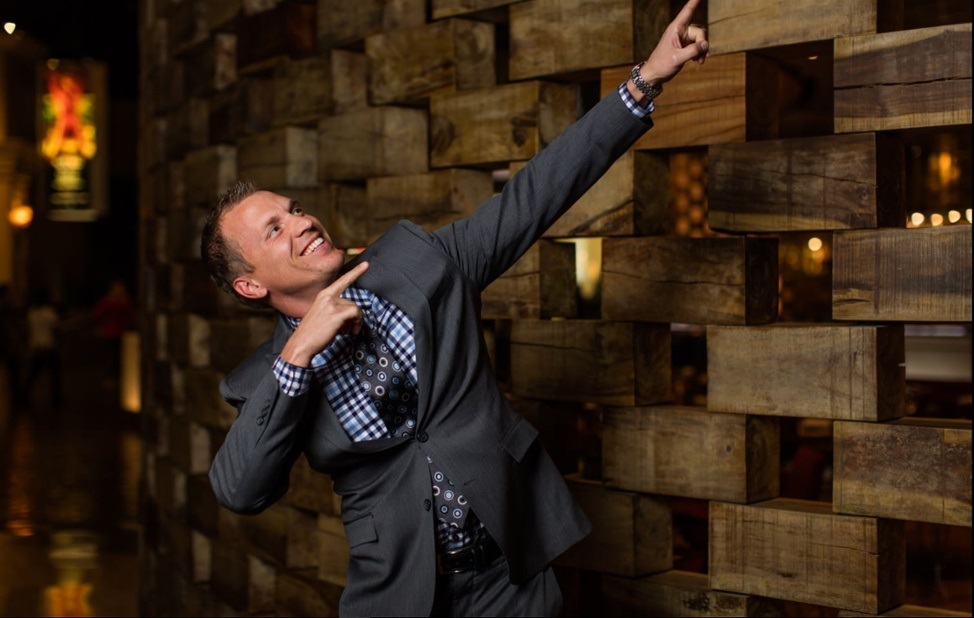 Mega agent Kelly Cook transformed $40 and a three-line classified ad into a career as one of the most successful real estate agents in Arizona with over $60 million in closed volume last year.

But his real estate career didn’t really take off until 2012, when he joined Keller Williams. It was here he learned to apply the four models for building his business from Gary Keller’s The Millionaire Real Estate Agent with the support of an office of experts willing to share their knowledge to further his goals.

Following a playbook was a natural transition for Cook: he had been a quarterback and wide receiver at the University of Nebraska, then coached at his alma mater and Ole Miss before transitioning to a career as an NFL agent.

“Every aspect of his business is run by the MREA models,” says Tony Hughes, Cook’s team leader at Keller Williams Arizona Realty. “He teaches the importance of not reinventing the wheel and to stay true to the models that Gary Keller has given us from his 30-plus years of experience.”

Cook’s current goal is to use his business to help at least three people become millionaires. “That’s a big professional goal of mine. Which means I have to become one first,” he says. “I’ve got some good people on my team right now, so it’s definitely a possibility. I’m right there.”

Cook’s success as a mega agent and founder of the Kelly Cook Real Estate Group might make it difficult to believe that just 12 years ago he was new to the state, unemployed, and sleeping in his sister’s spare bedroom.

After a chance encounter with his sister’s landlord – where he learned that the landlord made $25,000 on a month’s worth of transactions – Cook decided he would train to become an NFL agent while selling real estate to create a steady income.

Cook wasn’t afraid of hard work and long hours. As a graduate assistant football coach, he had averaged 95 to 100 hours per week, 10 months out of the year, and earned $800 a month.

Cook started his real estate career with a 20-agent boutique firm. It was 2005, he was in a state where he knew almost no one, competition was fierce and the internet was not yet relevant.

So Cook came up with an idea: he’d buy the least expensive classified ad in the newspaper’s Rentals section. His thought process was that helping people find a rental would earn him a quick $100 to $400 for each transaction. Then, when their lease was up, he’d help those renters buy a house.

With no competition in that section of the classifieds, Cook received a reasonable number of calls for his $40 investment.

Cook liked real estate from the getgo. “I loved the fact that you could literally work 100 hours a week and, if you did that, you could do really well financially. You could reap what you sow,” he says.

After two years at the boutique firm, he then made the switch to Prudential Arizona Properties, now Berkshire Hathaway HomeServices, for five years. All the while, he pursued his NFL dream. After being turned down by a player he’d been working with as a potential client, Cook began thinking: the maximum he could charge on a contract as an NFL agent was 3 percent. That was the same percentage he made showing a house. “That’s when I got really motivated to focus on real estate,” Cook says.

Opportunity In a Challenging Market

When Cook decided to pursue a full-time career in real estate in 2009, the market was heavily depressed; however, where others saw chaos, Cook saw opportunity. He quickly seized short sales when agents asked him to handle the time-intensive work for their clients. Cook had read Keller’s The Millionaire Real Estate Agent and it made a lot of sense to him. “The game plan was set out for you – it was there. You just had to follow it, plug into it,” Cook says.

But even though he followed the principles of the book, things weren’t working for him at Prudential and he didn’t know why, Cook says. During his years in Arizona, many of the successful agents he met were with Keller Williams. The way they talked about real estate was eye-opening: there was training and team building – ideas that were never talked about at Prudential or the boutique firm

When he made the move to Keller Williams in 2012, the open culture was something he noticed right

away: most agents at KW were willing to answer questions and share their expertise. They helped each other succeed.

Cook’s business began to change. He began learning how to build a team. “I started taking some of the tools that Keller Williams offers – personnel reports and things of that nature – to try to match up the right people for the right positions as much as possible,” Cook says. Then, he worked on building systems, so that when someone new joined his team he wasn’t reinventing the wheel.

His leadership has made a significant impact on others, Hughes shares.

“Kelly exudes passion for the craft of real estate and his passion is contagious. He is such a positive influence on all of our 400-plus agents. He teaches in our market center, and is a model for how to build a cohesive and unified team of focused professionals.”

Cook never wants to stop expanding his business, so no one working with him ever feels like they’re bumping up against a ceiling, he says. “Our goal is to really keep growing. And our vision is specifically that we provide opportunity for growth for all of our team members and clients."

Cook is a great example of what Keller Williams is all about, Hughes says. “He lives the values that we all hold close. He is focused on building a $100 million empire and is committed to succeeding through others.”