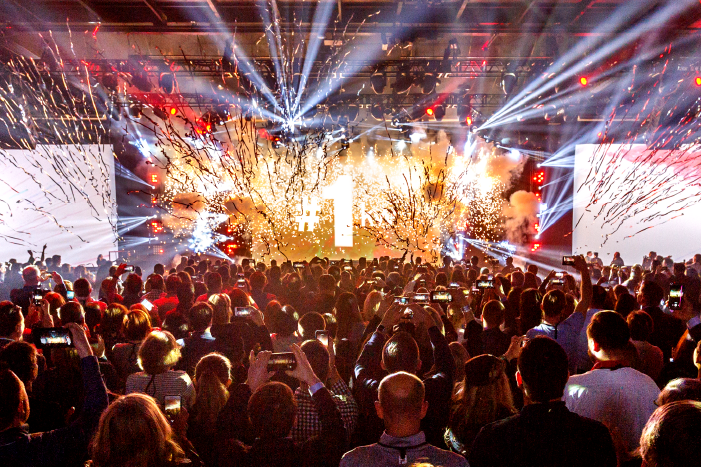 If there's one message that Keller Williams drives home, it's that working for everyone's success leads to remarkable results and new opportunities.

In December, the company surpassed industry giants like RE/MAX, Coldwell Banker and Berkshire Hathaway to earn the title of No. 1 real estate franchise in the United States.

“It took hard work. It took commitment. It took dedication in the face of enormous challenges. But you did it! Our nearly 158,000 agents closed more than 904,000 units, generating more than $265 billion in sales revenue.

But that's not all Keller Williams had to celebrate:

New regions were awarded in Puerto Rico, Jamaica, Bermuda, the Philippines, the Czech Republic, Greece & Cyprus, Romania and Argentina. KW Worldwide added 2,350 net agents in 2017, bringing the total number of agents outside the United States and Canada to 6,750.

89 agents – more than any other company – on the 2017 REAL Trends "The Thousand" list of top North American real estate agents on its Top 250 transaction-side ranking. “We are the place for teams,” Davis noted. “That was Gary Keller’s vision all along.”

161 market centers (the most of any real estate company) on the REAL Trends 500 list of top brokerages.

An industry-leading 32 percent of the top 1,000 brokerages on the 2017 RISMedia 29th Annual Power Broker Report.

The company was named by Forbes magazine as the "Happiest Place to Work!" – edging out companies like Nike, Starbucks and Apple.

Keller Mortgage – a lending solution exclusive to KW transactions – launched and has already saved clients more than $5 million because of its fee and rate savings.

According to the National Association of REALTORS®, existing home sales were up 1.1 percent – an 11-year high. Proving that the market doesn’t dictate our results, Keller Williams agents’ closed units were up 10 percent.

Training magazine named KW the No. 1 training company across all industries worldwide, and Keller Williams was recently inducted into the organization’s Training Hall of Fame! Only 15 other companies hold this honor.

Keller Williams has always had a commitment to giving back, and many teams participate in its annual day of service: RED Day. In 2017, the United States and regions around the world were hit with disasters including massive storms, floods, fires, and even a magnitude 7.1 earthquake. KW teams answered the calls for help in a major way. “In addition to local outreach efforts, we turned Mega Camp into Mega Relief, and thousands of agents poured into the Austin area to help devastated community members. We had organized relief before we had an event!”

Building on the Basics

These successes are no accident. From the time it was founded, based on Gary Keller's vision for building a new kind of real estate company centered on shared success, Keller Williams has focused on being exceptional.

“By creating real estate sales systems that work, sharing information, and supporting each team member's success, we have left behind the ‘old way’ of doing things and embraced what works,” Davis shared. “Our team members are exhibiting that focus and commitment like never before.”

By working proven systems and seizing upon new opportunities, Keller Williams has created shared success. Last year, 97 percent of the company’s market centers were profitable and made history by crossing the $1 billion mark in profit share. And, remarkably, more than half of the $1 billion was shared in the last four years alone.

“Growth happens when we get intentional about sharing, and at the end of the day, our culture is about our people – for our people,” said Davis. “We are having this conversation now because there are people outside the industry looking at you and your clients, hoping to disintermediate. So, it's time to take a look at our culture, take a page from our own history and, again, become a company of firsts.”

The company is building on its momentum by bridging the traditional and the new.

“Because we are now number one in agent count, units and volume, we have a target on us,” said Davis. "Things are changing. We're right on top of this wave and are being intentional about doing things differently. This isn’t about money or the bottom line, it’s about competing in the new real estate ecosystem … helping our people achieve more.”

Davis then went in for the ask.

“Now, we're asking our team members to look at how our past disruptions have changed their lives for the better. By shifting our culture to focus on information, we can protect our territories and serve customers like never before. We'll be introducing new ways of looking at traditional services like appraisals, inspections, and other services. This will require being intentional about new opportunities – but that has always served us well in the past.”

Davis’s optimistic message ended with a vision for the future, one final thank-you to those who have helped us grow, and thunderous applause.

“We look forward to seeking out new ways to disrupt the real estate industry, and finding opportunities to bring more value to the market and more moments for our team members to savor.”