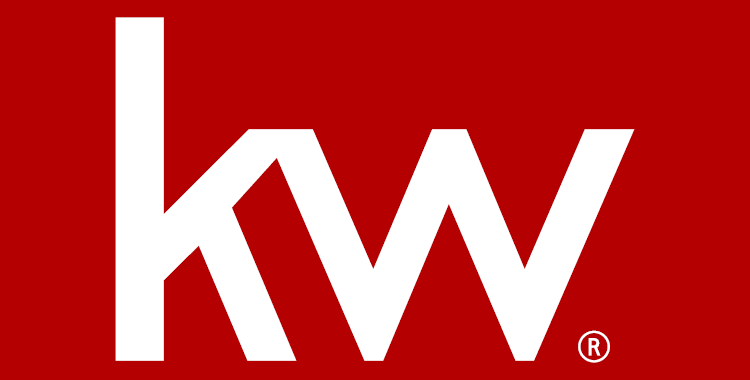 After tax reform, the country desperately needs a model of corporate profit sharing that can meaningfully rebuild the middle class. Democrats and Republicans have been debating whether tax reform will or will not increase the wealth of the middle class. Let’s look at some corporate models that are designed to do just that without reference to a tax reform package. I’ve been studying the Keller Williams real estate empire because they are the biggest realtor in the world and they recently announced their largest profit sharing distribution with associates and employees this year.

This services company has taken the profit sharing idea to a conceptual level that I have not previously observed in American industry. The company has distributed $547 million in profit sharing in the last four years, more than in the last 21 years. They have implemented the idea as a central part of the way the company organizes its business and manages its employees. Moreover, the system is unique in the way that it encourages employees to actually get involved in organizing the work of their fellow employees and offering passive income to its workers. With service jobs set to continue to dominate the U.S. economy, the time is ripe to examine service profit sharing approaches and to reflect on their implications for the future of service management. At a time when wages are flat, we need to explore interesting examples.
Think of Keller Williams as a massive network of real estate franchises with 783 field offices and about 159,000 associates in the U.S. and Canada that are all owned independently as local businesses. The Austin headquarters, Keller Williams Realty International, has over 240 employees who provide services to the franchises and help develop them as organizations. Both the headquarters and the individual franchises have created profit sharing agreements that are imaginative for the American economy.

When a real estate agent at a Keller Williams franchise, lets call her Katie, does a real estate deal, the agent that recruited and referred Katie receives 50% of the amount eligible for profit sharing on that deal. While this profit sharing income on a colleague’s work will continue into the future, Keller Williams expands the concept into an entire network of profit sharing. The associates that helped develop the office by recruiting other associates get to share in the profits of the team that they created in an ongoing fashion. The original feature is that seven levels of agents who recruited the person who recruited the person who recruited the person….. who recruited Katie, receives a profit share on her deals. Katie, meanwhile can build the company by recruiting agents herself and she will share in the profits of their deals. So Katie can recruit seven levels of agents in whose profits she shares. This system is a rare kind of partnership enterprise where there is a web with multiple levels of profit sharing.

Where did this system come from? The model was devised by founder Gary Keller with the help of a council made up of real estate associates and perfected over the years. To some extent, the entire system seems counter-intuitive. From the point of view of one associate, one might think, “Let me keep all of my own profits for myself and be an island unto myself.” What Keller Williams evolved into was something far more interdependent, more mutualistic, like a profit sharing farmer’s cooperative of sorts. As I studied published materials on this approach to profit sharing, I was struck by one quote: “When owners take money out of their pocket and give it to the people they work with to thank them for helping to grow the company, it says a lot about what they think about them.” Ironically, this is counter to the excessive reliance on the star model of most companies and most forms of executive compensation at the very top of U.S. industry in the 1000 largest corporations in the country. It is the opposite of winner-take-all and only-me compensation. This company surely has stars but here the star is being compensated for helping to create more and more stars, for building the partnership enterprise rather than just hoarding for oneself.

The Keller Williams profit share system flies in the face of traditional ways of organizing real estate. Typically, an agent will pay a commission to the office where they work. This networked profit sharing system is focused on using the profit share to stitch together a network of mutual wealth-builders. Profit sharing incents individual agents to actually recruit the best and the brightest competitors that they can find because they know they will be sharing in the fruits. It also does something unheard-of in the human resources management world: it gives front-line workers responsibility for constructing many elements of their own HR system. Look at it this way, this approach to profit sharing makes Katie into a person who does selection and recruitment for the firm. It gives her an incentive to support as much training as possible for fellow agents. She may be involved in the performance management of these other agents. Teamwork may be shaped by the system. Indeed, the company has been recognized as the top training organization across all industries in the world by Training magazine. The profit share can perhaps help to mitigate against the kind of dumb bureaucracy and senseless hierarchy that infects most workplaces as it encourages people to work together and help each other. Self-management is one of the major challenges of service industries where typically incentives are so tiny that armies of supervisors have to be hired to monitor and police people. Why not consider paying the wages of hierarchy as profit sharing to real contributors? As a professor of management, this sounds like making each employee into a HR department.

Keller Williams depends on individual capitalists to found and run franchise offices yet some agents actually also share in the franchise ownership. These offices are run on a profit sharing model so far-reaching that they function like “owner-partnerships.” This particular profit sharing model recognizes the rights of individual ownership and the founding franchise entrepreneurs yet it creates an opportunity for associates to gain active and passive income. The owner or owners of Katie’s franchise who keep the lights on and took the risk to set it up, receive a significant percent of the profits for that market center upfront. The rest of the profits are distributed to Katie and the agents to whom she is related through these mutual sponsorships. Katie thus is rewarded for her successful deals and she can receive passive income from the people she has sponsored to build up the company. Keller Williams CEO John Davis put it in one simple sentence: “Each person feels the agents are the power of the company.”

Here is how it all adds up. From 1997-2015 the Keller Williams Profit Share system has shared $703. Million. More than 16,000 employees have earned more than $10,000 over their employment through the system. Thousands have earned very significant profit shares. Notably, an employee who has been with this firm for more than three years is allowed to receive entirely passive income from these shared capitalism programs after retiring from the company. This is a new twist on profit sharing where it can supply income after a worker’s actual employment. The 240 or so employees in Keller William’s headquarters – from secretaries to the CEO – are also profit sharers too. All too often HQ employees get dealt out of such models.

There is a huge conglomerate in Spain called the Mondragon Corporation that is a network of worker-owned firms with their own bank, their own university and training facility, and their own headquarters that supports the member firms. It includes 75,000 employees and 261 companies. Mondragon is famous world wide because the individual firms in their network are organized as worker cooperatives and it has designed its own unique less hierarchical representative governance systems. Unlike Keller Williams, Mondragon is a conglomerate of many different kinds of industries. Like Keller Williams, Mondragon uses associate ownership concepts and profit sharing extensively. Also, HQ workers earn a share of the whole enterprise. The ultra-capitalist Keller Williams system appears to be an interesting distant cousin of Mondragon with some twists. They are not the same, but they both should be an inspiration for the design of new inclusive capitalism organizational systems.

It is time for social science researchers to look at comparing these different models of capital shares for the middle class. Models such as the “farmer cooperative” or the “worker cooperative” or the “Employee Stock Ownership Plan” were developed by individual businesspeople tinkering with capitalism. They did not come into existence overnight. I have learned a lot and have a lot more questions about the Keller Williams example. It would be interesting to understand the characteristics of the franchises that have the greatest amount of financial inclusion and the highest profit share per associate. I am curious how associate ownership interacts with profit sharing in its relationship to franchise profits in the Keller Williams model. What is the potential of this model to deliver larger median profit shares to larger numbers of middle class employees?
What are the implications for Corporate America? Research shows that such forms of shared capitalism tend to increase firm performance and individual commitment. We hear a lot about training and skills and bringing technology into the workplace. Keller Williams’ white paper on profit sharing claims the concept is the glue to a company pushing education hard and providing its associates with innovative high tech solutions. Interestingly enough, the company now identifies itself increasingly as a technology company. The ability of Keller Williams’ employees to receive lifelong passive income from profit sharing also reminds me of a form of basic income. Here we have an example of a technology platform producing future earnings for some of its retired workers based on profit shares. There are few service employees in America who participate in this kind of wide-ranging wealth-building system. Beyond being a possible model for service employment, is this perhaps a model to deal with the introduction of robots into American industry in the future? Could current employees in American manufacturing receive passive lifetime income for the robots they design and install? Wages adjusted for inflation are likely to stay pretty flat for the foreseeable future in America. It is about time that American business and American business schools wake up from their deep stupor and examine with fresh new eyes a whole range of capital share economic systems right there under their noses. Actual models like Keller Williams are worth studying, understanding, and improving.

For further reading, see Keller Williams Wealth Building: A White Paper on Profit Share and Growth Share at http://bit.ly/2BPsvck and the Stanford University Business School case study, How Important Is Culture?: An Inside Look at Keller Williams Realty at http://stanford.io/1Npnfzk