How to rack up referrals through Social Media 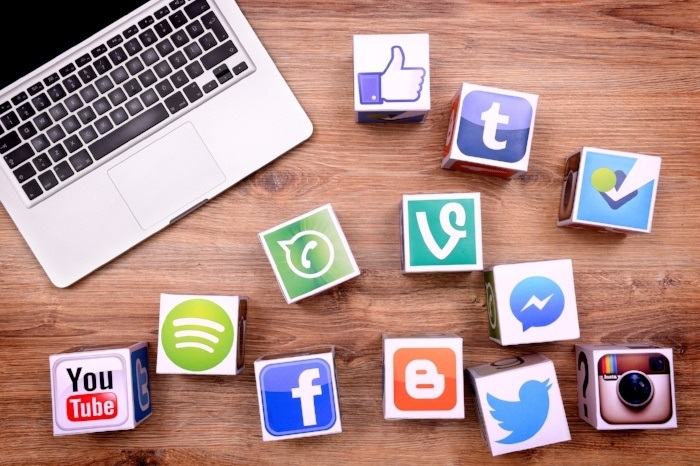 Keller Williams associate Sheri Wolfe of the Chesterfield (Mo.) market center is racking up referrals with relevant and entertaining social media posts. Her strategic social efforts combined with the CGI tools and guidance from her KW MAPS Coach have resulted in a 103 percent increase in her production in the last 12 months.

Wolfe – an active Facebook, Snapchat, Twitter and Instagram user – explains that social media marketing is more than building a page and posting listings. It’s about keeping users interested and engaged. An effective strategy is one where your posts put you in the center of your neighborhood and get everyone involved. Wolfe cautions against posting only about yourself and your listings. “If every post is all about you, they will get bored,” she says.

Showcasing Your Authentic Self

If you scroll through Wolfe’s pages, you will quickly see that she showcases her personality and that she is the expert in the neighborhood. But, most importantly, Wolfe uses social media to show people that she cares. “I am very proud of our area,” she says. “I want people to know it isn’t just about getting the listing. I want everyone in my neighborhood to know I am here.”

She recommends other agents do the same, and instead of hyper-focusing on the numbers of views, shares and likes, stay genuine and authentic. “That’s your focus and then the numbers will come. These are people’s lives and they need to feel that you care,” Wolfe says.

In an industry where reputation and referrals are extremely important, the fact that 15-20 percent of Wolfe’s total business and 52 percent of her business in her own neighborhood comes from referrals shows that her strategy and genuine concerns for her clients’ needs are getting noticed.

No matter what your plan is, the key to a successful social media strategy is to be consistent, says Wolfe. She posts at least a few times each week to all of her social channels.

“I post in Snapchat at least once a week,” Wolfe says. “Snapchats are usually ‘Look where I'm at’ or ‘Check this out’ type of posts. They're only active for 24 hours, so they are not anything that you can redo or keep out there for an extended period of time.”

To get more eyes on her posts, Wolfe makes sure the content she shares on social media is relevant. “I don’t just post a listing,” Wolfe says. “I place context around the listing by tagging what’s around town near the listing. Then, the places I tag can see the post, which they might not have seen otherwise.”

This strategy pays off! Recently, Wolfe received a listing because someone saw a post where she tagged a location near them. “They didn’t realize I covered that part of town until they saw the post,” she says.

Other ideas for posts include “coming soon listings,” especially during the holidays when inventory is notoriously low, and doing live videos at neighborhood events and festivals.

“You don’t just want to show people a house,” Wolfe says. “You want to show them what’s around it.” She offers that some events around town to post about include local football games and school activities. “I also give shout-outs to other businesses where I've received great customer service or saw something I thought others would want to know,” she says. “Not every post is a home run, so don't get discouraged. Some things work, some don't. It's all about trying to find out what works for you.”

Pro tip for Facebook Live: “If you're going to do a live post, don’t script it. Instead, write down some highlights to be sure to say. [And] if you mess up, just keep going. It's not going to be perfect, but that's all right.”

If you were hoping for some magic, you won’t find it with social media marketing, Wolfe says. To make it work for you, “you have to roll up your sleeves, be held accountable, and do the hard work,” she says. One important aspect of the hard work is in the engagement and follow-up.

When someone engages with one of Wolfe’s posts, she interacts with them. “I read every post and every comment,” she says. When the interaction is strong, Wolfe takes the conversation to an email or an instant private message and shares more information with them. “I don’t reach out to everyone who likes a post,” Wolfe says, noting that some people just like to be nice, but they aren’t really interested.

Here’s an example of Wolfe thinking “outside of the comment box” and posting a reply to an open house question with an entertaining video, which shows her personality and offers excellent information for prospective buyers!

It’s no secret that one of the biggest hurdles with social media is the time it takes to run an active business page. This is why Wolfe decided to leverage some of her time by hiring someone to assist with posting. “You can’t be a jack-of-all-trades,” she says. “You have to know what you can do and where you should outsource.” However, Wolfe cautions that if you outsource all of your posts, it will come across fake and won’t be as effective. “You have to be engaged and involved in your social media even if you have help with some of the content,” she says.

Reflecting on a recent conversation she had with her KW MAPS Coach, Wolfe says, “I still have room to improve. I need to get better about tracking and measuring my social media activity.” She is up for the task! “The success I have experienced is simple, but not easy,” Wolfe says. “You have to do the work.”