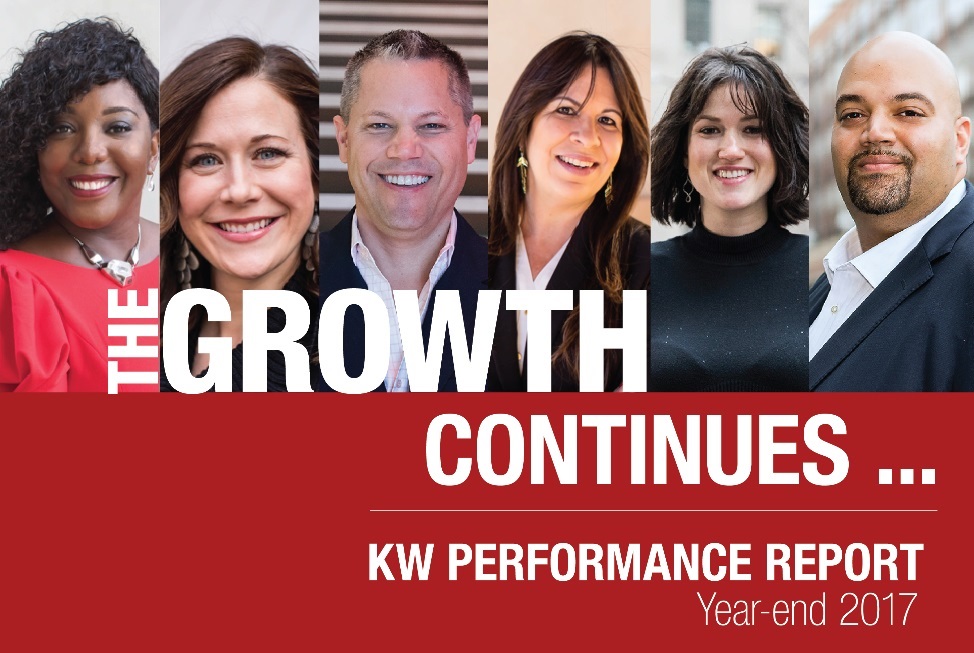 The year-end performance report is out and the results are remarkable! Our agents’ relentless focus on growth has pushed Keller Williams past industry giants to become the number one real estate franchise in the United States in agent count, closed units and closed sales volume. KW agents aren’t just outperforming the market, they are making HISTORY.  In Q4 '17, they once again broke production, owner profit and profit share records set in Q4 '16.

“We’re proud to be in business with associates who are focused on growing big businesses so they can fund their lives and create opportunities for their families,” said John Davis, CEO, Keller Williams. “And while we’re certainly excited for our people and their incredible increases in agent production and market share, we know we’re just getting started. We’re committed to continuing to raise the bar and providing even more value for agents and their clients.”

You are disrupting the industry and the proof is in the numbers! Share your value and gain even MORE market share with the KW Performance Report.

Included in this comprehensive marketing toolkit is: